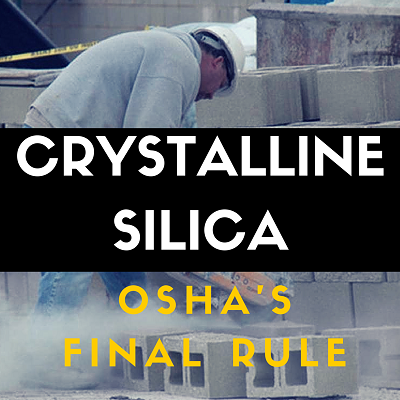 On March 25, 2016, the Occupational Safety and Health Administration (OSHA) released a Final Rule on Occupational Exposure to Respirable Crystalline Silica. The rule updates silica exposure regulations previously established in 1971. Proponents for stricter regulations struggled for decades to improve the safety of workers in proximity of respirable crystalline silica. OSHA estimates that these new standards will cut exposure as much as five times for exposed workers.

What Is Crystalline Silica and Why Is It Dangerous?

Crystalline silica is an abundant natural component of sand, stone, soil, concrete, brick, mortar, quartz and other construction materials. As workers cut, grind, drill, crush or otherwise alter these materials during construction work, they may be exposed to respirable, airborne silica particles. General or maritime industry workers can also experience respirable silica exposure from abrasive blasting or during manufacturing or maintenance. These particles can penetrate deep into lungs and have been found to cause dangerous and often fatal diseases including silicosis, lung cancer, chronic obstructive pulmonary disease and kidney disease.

Silicosis is a disease specifically caused by these silica particles for which there is no cure. Exposure to silica dust results in the formation of fibrosis or scar tissue formations in the lungs. Early stages of silicosis may go completely unnoticed, but routine exposure can cause symptoms such as shortness of breath, fever, chest pain, fatigue, respiratory failure, and/or eventually death. Silicosis also makes the exposed worker susceptible to other infectious lung diseases like tuberculosis. Early detection of silicosis (which is one of the vital key measures in the new Final Rule) is vital to saving lives and preventing further exposure.

OSHA estimates that once the impact of the new rule is fully realized, it will save over 600 lives and prevent more than 900 new cases of silicosis each year.

The standards contained in the Final Rule go into effect on June 23, 2016. The Construction Industry will have one year to comply with most silica exposure requirements; General Industry and Maritime will have two years, Hydraulic Fracking will have two years for all provisions except Engineering Controls (which have a compliance date of June 23, 2021).

In developing the Final Rule, OSHA obtained input via engagement with small businesses, consultation with advisory committees, public comments and public hearings. The Final Rule includes several changes from the original proposed OSHA silica exposure standards. To view notable changes and to get an idea of the type of input OSHA considers when making a Final Rule, check out the OSHA Fact Sheet on Stakeholder Participation.

The Future of Silica Safety

Most employers will be able to comply with the new regulations by using equipment found in local hardware stores; one of the best ways to limit silica exposure is by using water to minimize airborne dust or by using a ventilation system to catch silica particulate. Personal Protective Equipment is also an important element of silica safety for workers performing tasks that may produce respirable silica.

Before the final ruling, some industry groups argued that the new standards are too restrictive and will cause an undue burden on the Construction industry. One coalition estimated that the standards would cut over 50,000 jobs from the national economy and would cost the industry $5 billion per year - $4.5 billion more than estimated by OSHA.

Some industries, though, have already taken steps of their own to manage silica hazards, and will continue to develop silica control guidelines that grow with research and industry collaboration.

In the end, the responsibility for silica safety lies in the hands of employers. By the time OSHA recognizes that a regulation has not been followed by a company, employees can already be in grave danger of fatal respiratory consequences. 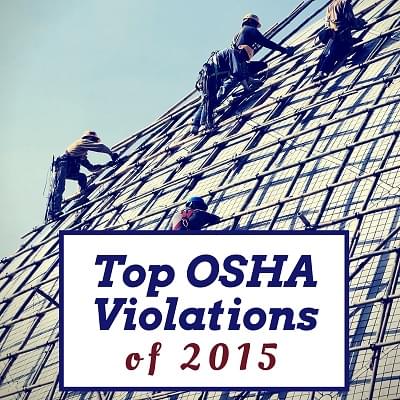 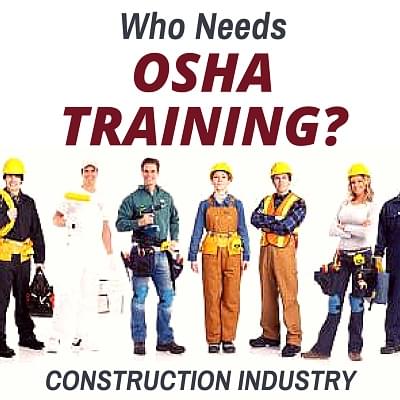